One of the attractions of living in Ashland is the ease with which residents travel to work, whether by walking, biking, driving city roads, or by accessing Interstate 5. An estimated 57.5 percent of Ashland city workers drove to work alone in 2010-2014, 5.3 percent carpooled, 2.3 percent took public transportation (excludes taxicab), 12.6 percent walked, 15.4 percent worked from home and 6.9 percent used other means. Among those who commuted to work from outside of Ashland, it took them on average 16.8 minutes to get to work. 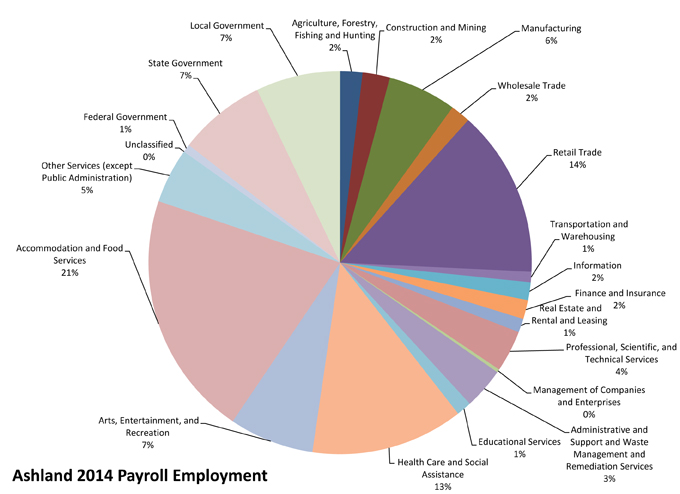 The Rogue Valley is comprised of Jackson and Josephine counties (Region 8) and is expected to add 13,070 jobs between 2012 and 2022, an increase of 13 percent according to the Oregon Employment Departments 2012 to 2022 industry employment forecast.  Guy Tauer, regional economist for the Oregon Employment Department, states that the Rogue Valleys private sector will grow by 14 percent over the period while government payrolls will expand by only 7 percent. Region 8s private-sector employers are expected to increase their payrolls by 12,040 jobs over the next 10 years, accounting for 92 percent of all new jobs in the region. Oregon overall is expected to gain nearly 258,000 jobs over the next 10 years, with the Rogue Valley accounting for about 5 percent of the total statewide increase.  Additionally he states that most all of the Rogue Valleys major industry sectors are anticipated to grow in the coming years, but about three-fifths of all growth is anticipated to occur in the regions three largest industries: educational and health services (+3,750 jobs); trade, transportation, and utilities (+2,310 jobs); and leisure and hospitality (+1,810 jobs). Professional and business services (+1,550 jobs) is also expected to gain many jobs through 2022. The manufacturing sector is expected to add 860 jobs over the period while the construction industry adds 660. For further information or to contact the Oregon Employment Department, visit www.qualityinfo.org. ​ 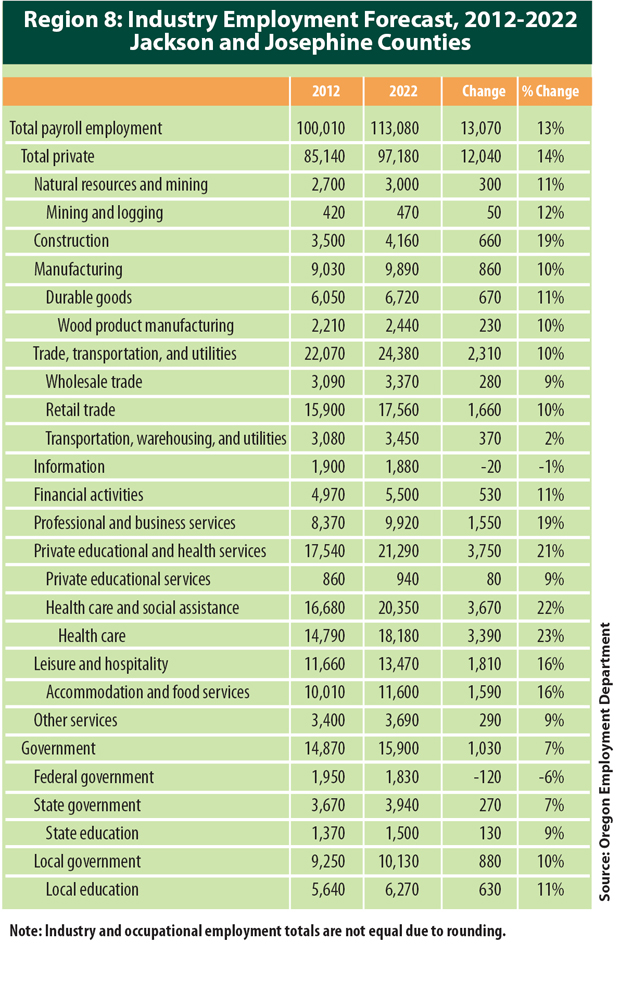 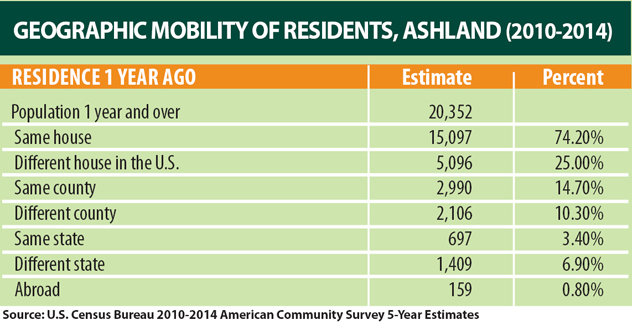 Leading and Empowering Employees from the Small Business Administration