Produced by the Ashland Chamber of Commerce
in partnership with the City of Ashland.

With Ashland just being named as the #1 Town in the U.S. to live and work as a filmmaker, we wanted to find out more about this industry segment and why it is growing here.  The recognition by MovieMaker Magazine was based on a number of factors including the frequency and quality of filmmaking, the established infrastructure for the industry, community support for filmmaking and overall arts scene, cost of living and quality of life.  Ashland has successfully created a top environment and economic platform for film and video production and media education.  Beyond the actual filming of movies, documentaries and video production, the potential for an active economy in post-production also exists in Ashland.

The growth of the film and video industry has many positive effects, such as providing jobs for college-educated workers, creating flexible work opportunities for the creative class and raising the profile of the region. The opportunity to work on out-of-state productions increases the skills and experience of local workers, and helps to create the necessary labor pool to attract additional work from outside the area. Documentary filmmakers bring in grants from outside the area and commercial video development underscore the traded sector element of this growing industry segment.

The following is an economic impact of this burgeoning industry in Southern Oregon as written by SOFaM: 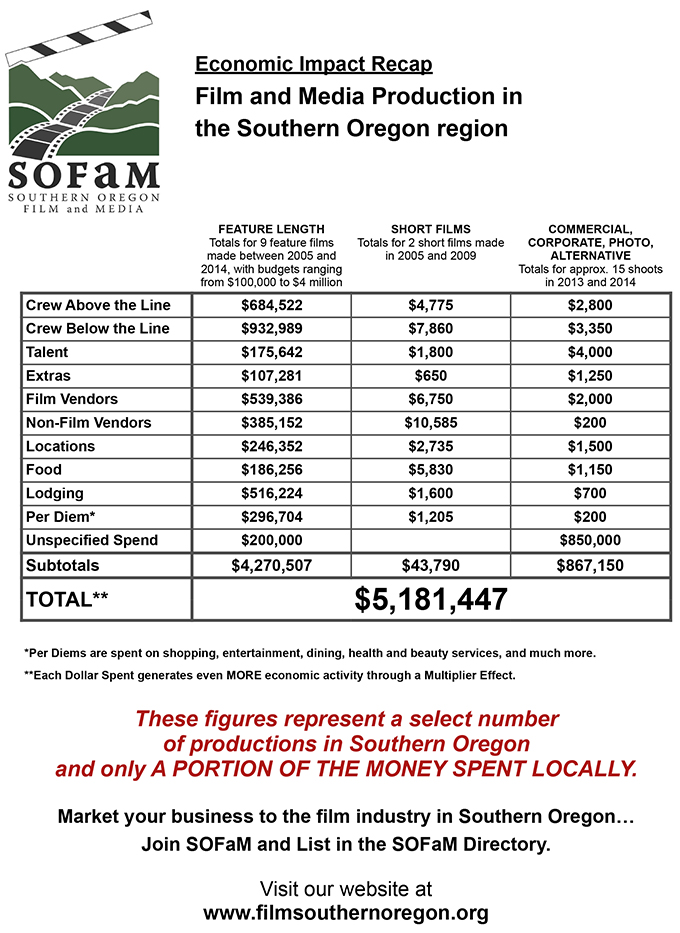